People who are less familiar with silent films often simply think of them as fast-paced, early slapstick routines. But many films of this lost art are intense dramas, tragic love stories, and early horror that clearly parallel Greek mythology and theatre. “The Man Who Laughs” incorporates all of the above, as well as lending birth to the imaginatively horrific Batman character The Joker, which Heath Ledger brilliantly resurrected just before his untimely death.

*Note: Silent films are always best watched in a theatre, with live musical accompaniment. However, if you must watch them at home on your DVD player, do so with reverence for the genre. Turn out the lights, turn off your computer and phone, and preferably watch them alone. For some, silent films are an acquired taste, especially in our ADHD society, but if you are patient, you may find a whole new and highly rewarding world of cinema unfold before you like a sublime butterfly emerging from its cocoon. 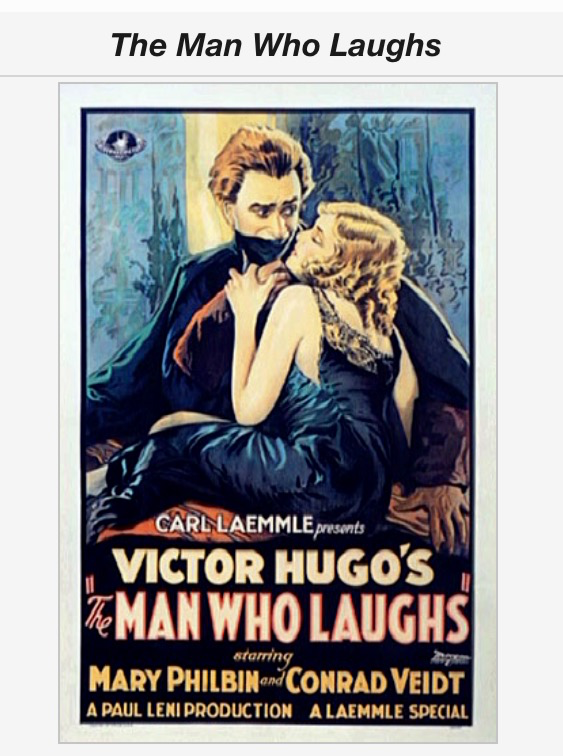